A huge thank you to all the artists who have donated works for this auction!
All proceeds will go towards caring for our cats and supporting our conservation work.

Please note that by placing a bid you are agreeing to all the terms and conditions of this auction, including payment of delivery costs where pick up cannot be arranged. Click the button above for details. Thank you and good luck! 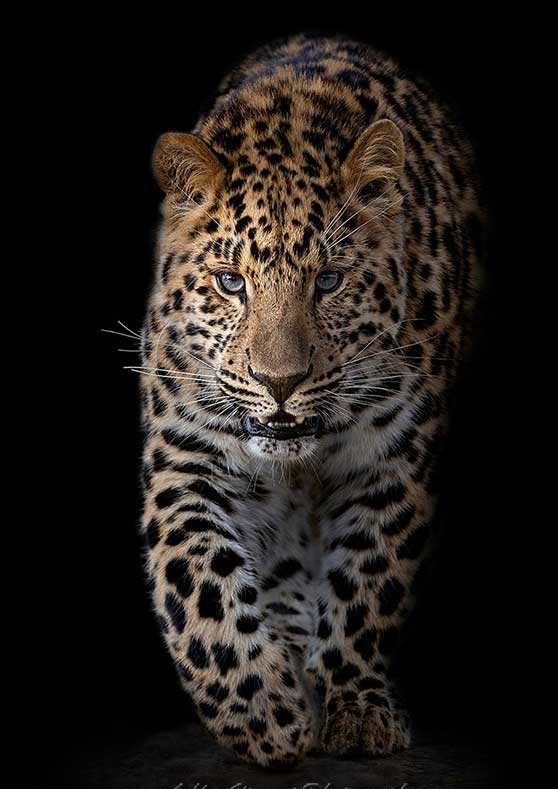 “My career as a professional photographer began in 2010 while living in Thailand. My wife and I managed our own gallery at Thailand’s largest wild animal park, Khao Kheow Open Zoo (KKOZ), where for three years I was the resident photographer.

Having special access to work in close quarters with so many animals at KKOZ was a truly wonderful experience, and the greatest privilege of all was working with their clouded leopard conservation programme. KKOZ’s clouded leopards were featured in episode two of the BBC One series ‘Ingenious Animals’.

During my time at KKOZ, I gave talks and led wildlife photography workshops on behalf of Canon Marketing (Thailand). It was also the place where I was lucky enough to capture the image of an Indochinese tigress shaking off water (aka ‘The Explosion‘), which was awarded first place in the nature category of the 2012 National Geographic Photo Contest, and then went on to win the overall Grand Prize.

My work has been licenced internationally for use in newspapers, magazines, books (including National Geographic), greeting cards, calendars, phone apps, and to Samsung Display to promote their curved screen TVs.”