Sad news about Kafara the African Lion and Martin the Cheetah

The start of 2021 has been particularly difficult for the team at The Big Cat Sanctuary and last Friday, we lost not just one but two of our beloved cats, Kafara the African lion and Martin the cheetah.  The hard decision was made to put them to sleep after each of them were battling chronic health conditions and keepers were no longer able to provide a high enough quality of life for either of our boys.

Kafara arrived at BCS with his two brothers Manzi, who we sadly lost a year ago, and Tiny who still lives at the sanctuary, as an adolescent lion after being hand reared at Paradise Wildlife Park.  He spent his youth as the leader of their pride of three, and a pretty relaxed one at that.  At 220 Kgs Kafara was the heaviest cat on site, but he was a kind and gentle soul, often happy to come to keepers for a quick scratch behind the ear and a chat before undoubtedly going off to lie down in the sun for a snooze for the rest of the day.  A true male lion!

Not only was Kafara the heaviest, but he and his brother Tiny are among the oldest of the cats on site, and at 17 years old, Kafara enjoyed taking life in the slow lane.  The platform under the windows of the conservatory acts as the perfect sun trap and undoubtedly the favourite place for Kafara and Tiny to lounge, soak up the warmth from the sun and wow the guests the other side of the glass having their dinner or afternoon tea.  The sight of this lazy boy, dozing in the heat, his gorgeous tan coloured fur with a dark and extensive mane over his huge head and an enormous paw rested gently on the windowsill was overwhelming to many.  The only thing which could beat it was hearing his incredible, loud roar.  Enough to make the ground vibrate, let alone a person’s chest should they be lucky enough to be standing in front of him.  He and Tiny would often time the roaring perfectly as guests were coming back to their lodges at the end of the tour.  In the summer they would also serenade guests throughout their dinner and, less popularly, at about one o’clock and four o’clock in the morning too!

There was, however, a more active time for Kafara and Tiny and this was whenever the keepers came along to feed them.  Going inside the den and doing whatever the keepers wanted them to do was far too boring, so this, they decided, was the time to start running and playing together, anything rather than doing what they were told!  Chasing each other through the bushes and rolling around on their backs together until eventually, in their own sweet time, they would grace the keepers with their presence and go into their dens to be fed.

Last spring Kafara was somewhat under the weather, but with some medication we were able to get his welfare back to normal and give him some more time in the sun with his brother.  However, we did know we would not be able to fix what was likely to be a degenerative issue with his central nervous system and so we had to be prepared that when his quality of life was no longer good enough we would be faced with the inevitable.

Martin’s back story is actually similar to that of Kafara.  He arrived at the sanctuary with two brothers, Keene and Bajrami, both of whom are still with us.  Martin was also the largest of the three cheetah boys and was taller and longer than the other two but with a very soft, gentle looking face, a beautiful dark fleck in his eye and a long ‘mantle’ between his shoulder blades making him look even larger and more impressive.

Slightly less confident than his two brothers, keepers had to work a little harder with Martin to earn his trust, but the rewards were endless.  He was engaged and intelligent in training sessions and an absolute hero on experiences, with his beautiful tilted head paying immaculate attention to keepers while adoring guests could take his picture all they liked.  If his brother Keene came to join in, they both would often burst into loud purring (now we know where their niece Willow gets it from).

Martin, like Kafara and most cats in fact, also loved lounging in the sun with Keene and any attempts to get these boys up and active often fell flat.  The inclusion of footballs, remote controlled cars and even lures designed to get these guys stretching their legs were often met with looks of confusion bordering on pity for the keepers trying to encourage a run.  Nope, Martin had his life under control and why would he run if he didn’t need to?  Instead he approached every new situation with careful consideration and a cautious, inquisitive manner, but rarely with much speed.

Martin tested positive in September to having a bacterial infection in his stomach.  This is not uncommon in cheetahs and especially at the impressive age of 10.  Although he was on treatment to fight the infection and support his gastric system, sadly, after gradual deterioration, it was decided that Martin’s welfare was now compromised.

They will both be greatly missed. 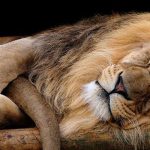 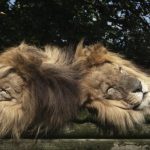 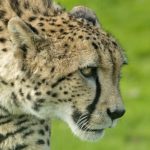 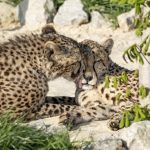