Sad news about Keene the cheetah and Artur the Amur leopard

The Big Cat Sanctuary is devastated to announce the passing of Keene, the cheetah and Artur, the Amur leopard. Briony Smith, our Head Keeper speaks to our supporters:

“2021 is proving to be an incredibly challenging year so far and I am afraid we have faced more difficult losses in the last week.  It is with great sadness that I have to let you know that we have lost another two beloved cats, Keene, one of our cheetahs and Artur, one of our Amur leopards and longest standing residents. 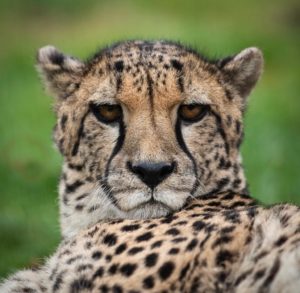 Keene, one of three cheetah brothers, came to us from Paradise Wildlife Park alongside Bajrami and Martin in the summer of 2014.  A relaxed and confident cheetah, Keene was an A* student in training sessions.  Highly intelligent and engaged with people, he would attentively listen to his trainer Ricky, allowing him to check his heartbeat with a stethoscope or weigh him regularly, all with great patience and a calm, gentle demeanour.  This really was how Keene went through life; confidently, attentively and taking everything in his stride.

A fantastic ambassador on cheetah experiences, Keene would often come and join his brother Martin for a few treats and to have his photo taken while the keeper talked to guests about the amazing boys. Guests would learn so much about them, from their conservation and adaptations in the wild to their individual personalities.  Often, if Keene did decide to join his brother for this part of the experience, they would both burst into lots of loud purring and blow the guests away with the beautiful noise.  He would also make a lot of noise when their favourite treat of fresh liver was delivered to them and although they wouldn’t argue over it, there would be a lot of amusing chirping and vocalising to make sure they each understood in no uncertain terms whose pieces were whose.  The rest of the time Keene and his brother could be seen lounging in the sun, or if it was very hot, under the shade of their favourite trees, usually grooming each other to look their finest. 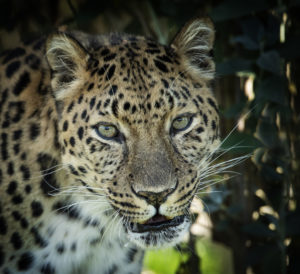 Artur had been part of the BCS family since 2004 when he arrived with his brother Artem from Russia.  The two young boys were quite the pair, keeping photography guests on their toes with one posing beautifully to distract everyone while the other patrolled around seeing if there were any unattended photography bags they might be able to reach and claim as their own.

As time went on our dear Artur was destined to become a father.  He was paired with the stunningly beautiful but rather feisty Xizi, as part of the European Endangered Species Programme, a job that our lovely mellow Artur hadn’t quite bargained for.  She kept him alert! Quite a fiery female normally but so overwhelmed with hormones while she was in season, Xizi could hardly contain herself and she would rush over to him and fall at his feet, him wondering what on earth he was supposed to make of the immediate personality change.  This didn’t stop him though and in 2008 two bouncing baby boys were born, the image of their gorgeous father.

Keene’s health and welfare had been being monitored for a few months.  He did develop the same bacterial infection that his brother Martin had and so was under close surveillance ever since.  Although he was faring better than Martin had, in both health and welfare, we did ultimately have to consider his ongoing quality of life and after trying everything we could to get Keene back to full health, it was becoming clear that we were not going to be able to do this and so the decision was made that it would therefore be kinder to say goodbye.  Helicobacter bacteria looks to be something which the cats are born with and unfortunately, cheetahs appear to be particularly sensitive to it.  Although in their youth it does not usually cause problems, as the cats age and their general health is not what it once was, the bacteria can have an impact that the cheetahs struggle to recover from.  As both Martin and Keene were older, this will certainly have been a contributing factor to their ability to tolerate the bacteria.

Artur’s passing was more sudden.  Having been seen to be in some abdominal discomfort on Saturday, Artur was given treatment to make him more comfortable but sadly passed away the following day.  A post-mortem was carried out to find out why this could have happened, and it was seen he had likely developed peritonitis following some trauma to his intestines.  We can only imagine this has occurred from an incredibly unfortunate stray piece of bone from his meal, a devastating accident.  At the amazing age of 18 years old, there is a chance that Artur’s age contributed as well or that there was an underlying condition that may have played a part, as bone is a regular part of their diet both here and in the wild.  We are having this thoroughly investigated to try and find an answer and we would like to extend huge thanks to our vet team for their incredible and unwavering support through what has been a particularly hard start to the year.

Although we have had an incredibly difficult beginning to 2021 with losses at a rate we rarely have to face, it is important to remember that each of the animals we have lost has lived long lives with us at the sanctuary and have been at ages where sadly, complications or deteriorating health will begin to play a part.  Unfortunately, this is the circle of life and we must remember each and every furry family member and the important role they have played, but also look to the future and all the amazing cats we still have in our care and hopefully a bright future as part of breeding programmes.  Although the last part is the most difficult part of looking after animals, it is hugely outweighed by the amazing times we get to spend with our gorgeous cats and it will always be worth every second.” 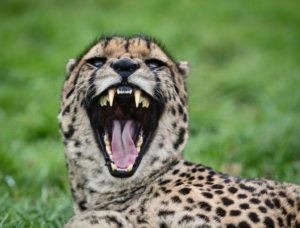 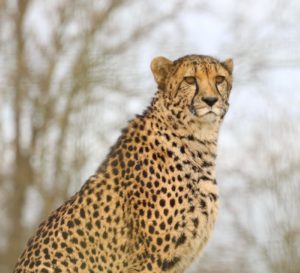 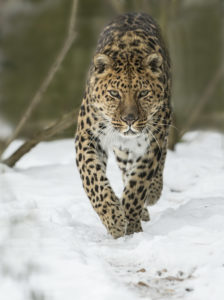 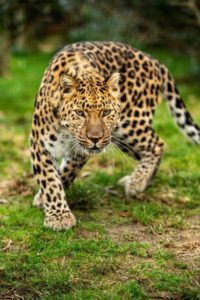