The Big Cat Sanctuary is afraid to announce on Friday morning, we were devastated to find that the mother of our white lion pride, Joy, had passed away in her sleep.

Joy arrived with her sister Sophia in May 2012 and together with our male Themba, they founded our lion pride.  A little more relaxed than her sister, Joy was happy to play second string while Sophia ruled the pride with an iron fist.  Together though, these girls were an amazing force to be reckoned with. Fierce protectors of the pride but also gentle and tender mothers. 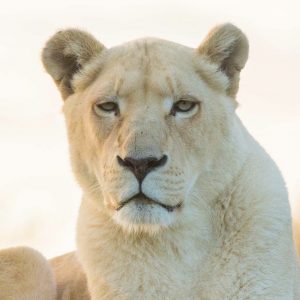 When both Joy and Sophia had given birth to their litters of cubs, there came time to introduce the babies to their father.  During this period, it was largely up to the sisters to manipulate and orchestrate the mix, mostly standing by and allowing interactions between the tiny cubs and their enormous dad, but when necessary, swooping in and moving cubs away when they were beginning to push their luck, or delivering some discipline to Themba himself should his temper get the better of him.  Never had we seen mothers interact in this way, so intricate and so in control.  Joy blew us away. 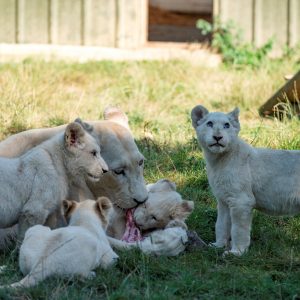 As the younger lionesses in the pride grew to be in their prime, Joy was happy to take more of a back seat and let her daughters be the dominant females.  Joy mostly concentrated on her life of leisure, not needing to be the fierce protector anymore, she could relax and have the other girls take over.  She became softer and more gentle.  When Manzi was mixed into the pride as the new pride male, Joy’s experience was clear.  While the youngsters ran straight to him, no control and no boundaries, Joy and Sophia took a totally different approach.  They lay together, quiet and inoffensive, almost as if they hoped never to be seen, Joy fixing the keepers with a disapproving stare as if they had made a terrible mistake by letting him in with them. But they treated him with the respect that a male lion demands and as a result he took to them quickly. 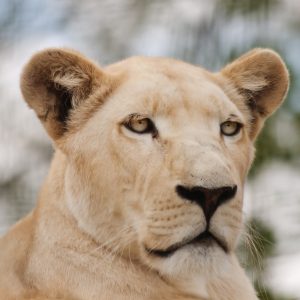 Mama Joy, or Joy Joy as she was known by the keepers, was known for her round face and round ears.  She was often described as having a teddy bear face.  She was the quiet and unassuming member of her family but as a result was often people’s favourite. Also identifiable by her serene gaze as she held her nose high and looked down on the goings on of the sanctuary, proudly watching her family while she enjoyed the sun. 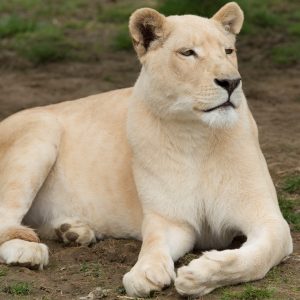 Joy’s post-mortem showed that she had a large tumour of the spleen. Having shown no signs of being unwell, this was a particularly shocking discovery and left us with no time to prepare ourselves to say goodbye.  However, we have been comforted by the fact that last thing the night before, Joy had been eating well and taking her treats as usual and so cannot have been feeling unwell for very long.  She would have been 16 in February, a good age for any lion to reach, but she will be deeply missed.