It is with a heavy heart that we must inform you, as one of our Supporters, of another sad and quite sudden loss at the sanctuary.

On the afternoon of Tuesday 2nd March, the team had to say goodbye to Narnia, our beautiful white tigress. 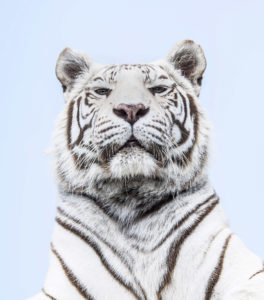 Narnia, known affectionately as ‘Banarnia’ or ‘Narnie’ by keepers, had been a member of the family since she was fourteen months old, having been brought over to the UK from a circus in France by our Head of Maintenance, Terry.  She moved to the Big Cat Sanctuary for six months, not only to carry out her quarantine period but more importantly, to get to know her new friend Rocky, Paradise Wildlife Park’s male tiger, before they moved back to Paradise together.  Instantly there was a close bond between the two tigers and Narnia would see the patient and gentle Rocky not only as a close companion but also as an excellent playmate, whether he consented to it or not!

Narnia matured, and grew to like her own company.  She was a fully grown and independent tigress, and despite being mixed with youngster Baikal to see if she would enjoy living with him, she soon made it clear that she would prefer her own space and so she was welcomed back to The Big Cat Sanctuary with open arms.  Here she could have an enclosure of her own next to our Sumatran tigers Puna and Nias and, at the time, the enormous and very well loved, old tiger named Tamair.

Although the staff and volunteers of the sanctuary immediately adored having the beautiful Narnia back, the tigers took a little more convincing.  In their opinion this new tigress was so bold and sort of cheeky, and why wasn’t she orange like them?!  Soon though Narnia became part of their world and a part they became very attached to.  Puna especially, always one to chuff enthusiastically to those she felt close to, would come in and chuff and rub against Narnia in the neighbouring den.  Narnia would always reply with her beautiful deep chesty chuff right back to Puna, a friendship which would last right up to her last day.

Not only did Narnia win over her tiger neighbours, but every human visitor who ever met her.  In her younger years she would make everyone laugh by lounging on her horizontal feed poles, front legs hanging down either side and chin resting gently on the poles, more like a leopard than a tiger.  She loved to be high so she could watch over the whole site and, more importantly, make sure she saw when people with food were coming!

Evening guests would giggle at the sight which greeted them as they walked into the tiger house at the end of a feed day, faced with an enormous and famously slow eating Tamair who would have brought his meal to bed and put it directly in front of Narnia.  Every time Narnia would be laid sprawled upside down on the floor where their dens adjoined, staring at Tamair and begging for him to hand his entire meal over to her.  Always, of course, he would keep it for himself and eat it tantalisingly slowly in front of her, and always she would lay there in hope having already devoured the meal of her own!

Narnia’s quick decline in health came as a horrible shock to everyone.  She originally showed signs of being unwell just two weeks ago and was given medication to make her comfortable while we monitored her to see if it may be something which would pass.  For a little over a week she improved but still wasn’t quite her normal self and when she then deteriorated further, our vet, Steve Philp, came to see her and run a full health check.  Nothing is too much for our Narnia and we wanted to be sure that whatever it was, we could find it and help her.  When the blood results were returned, we were sad to hear she was suffering from kidney failure, a common condition in older cats, but sadly one we were not going to be able to reverse.  We had been unable to maintain good welfare with the treatments we were trying and as we had exhausted all options for her it was decided, with the fantastic support and care of Steve, that the kindest thing was to put our beloved Narnie to sleep.

Although traumatic for the keepers and other members of the team, as well as our supporters, when our animals are lost so quickly and unexpectedly, it is a relief to know her illness was short lived.  She will always be remembered as such an important member of our cat family.  Her indescribably beautiful looks, with such a serene and exquisite face, were countered by a mischievous but confident personality as a youngster.  As she grew older, she evolved into a very mellow and gentle fifteen-year old tigress.
In Terry’s words, losing her is like the end of an era, and our Banarnia will be missed terribly.

Despite our heavy hearts, we do have lots to look forward to at the Sanctuary, with our plans to re-open on April 12th and with the hope for the patter of cub and kitten feet sometime this year.

Briony and the keeping team 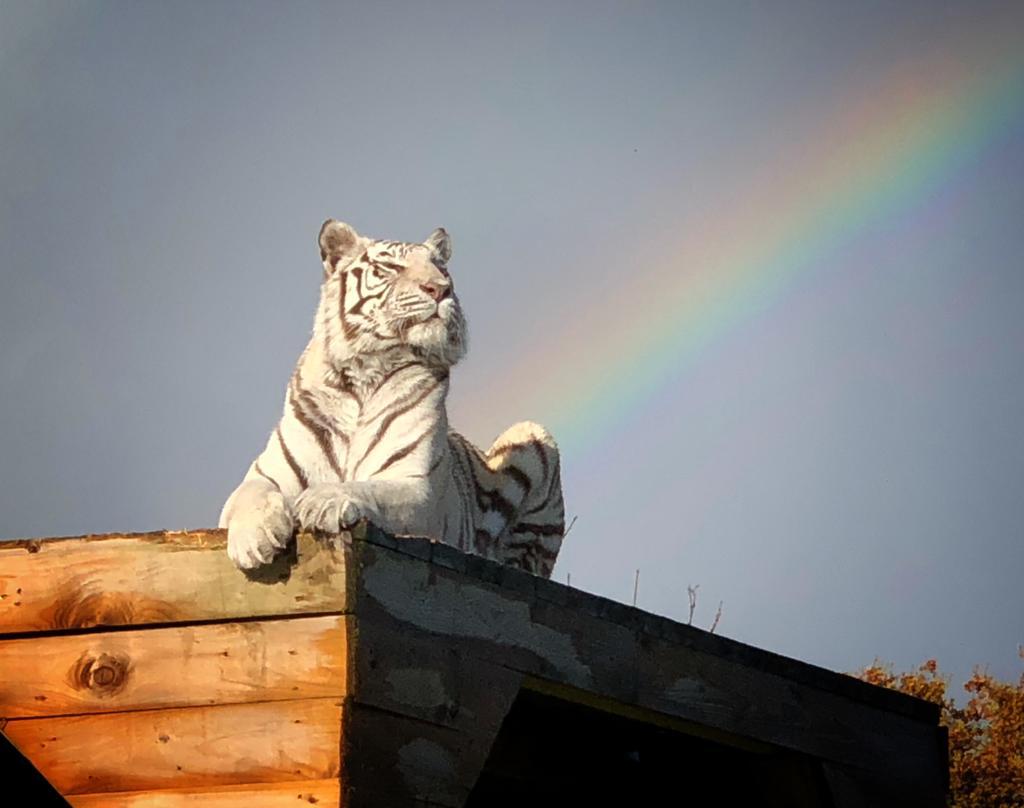 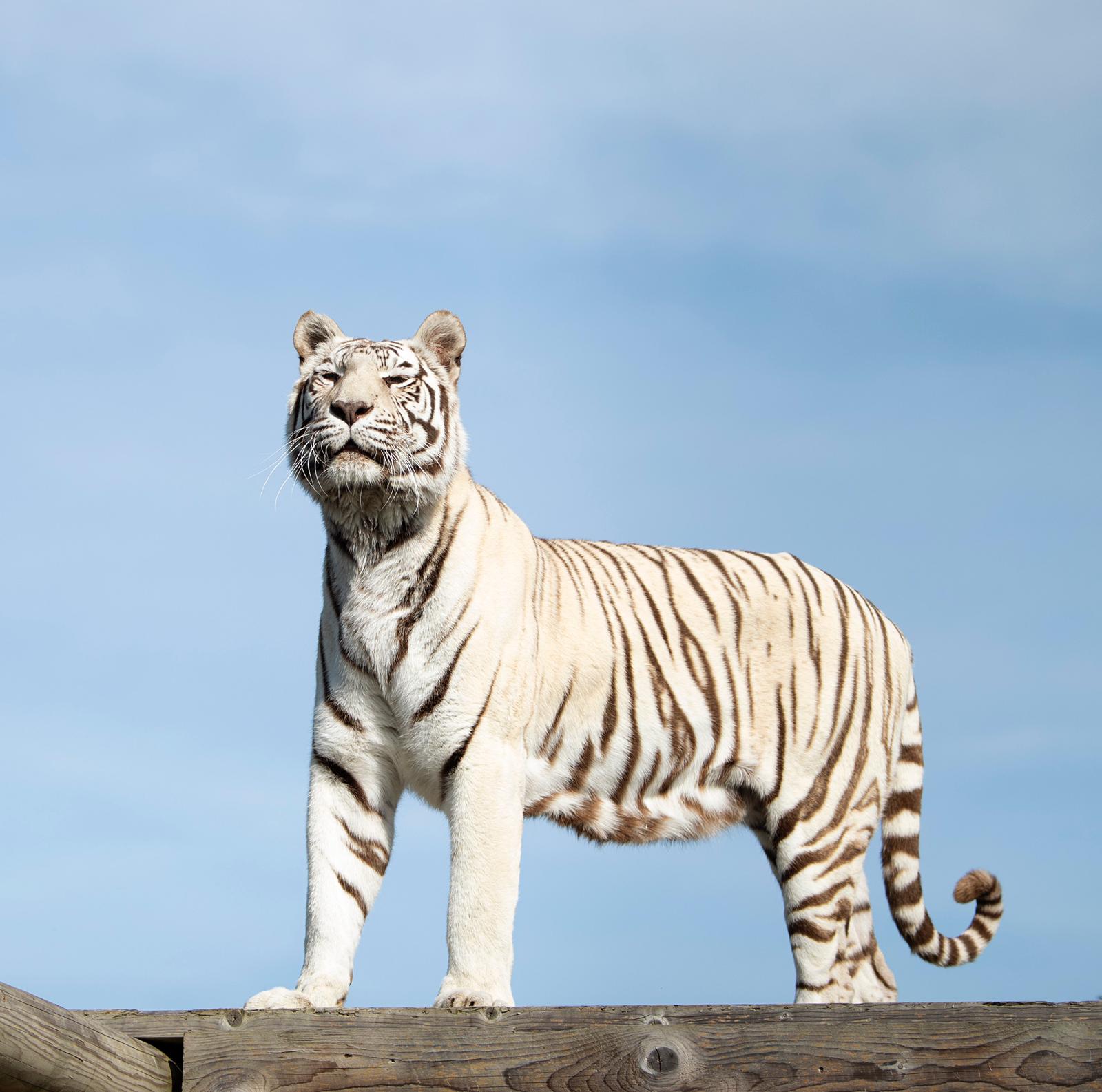 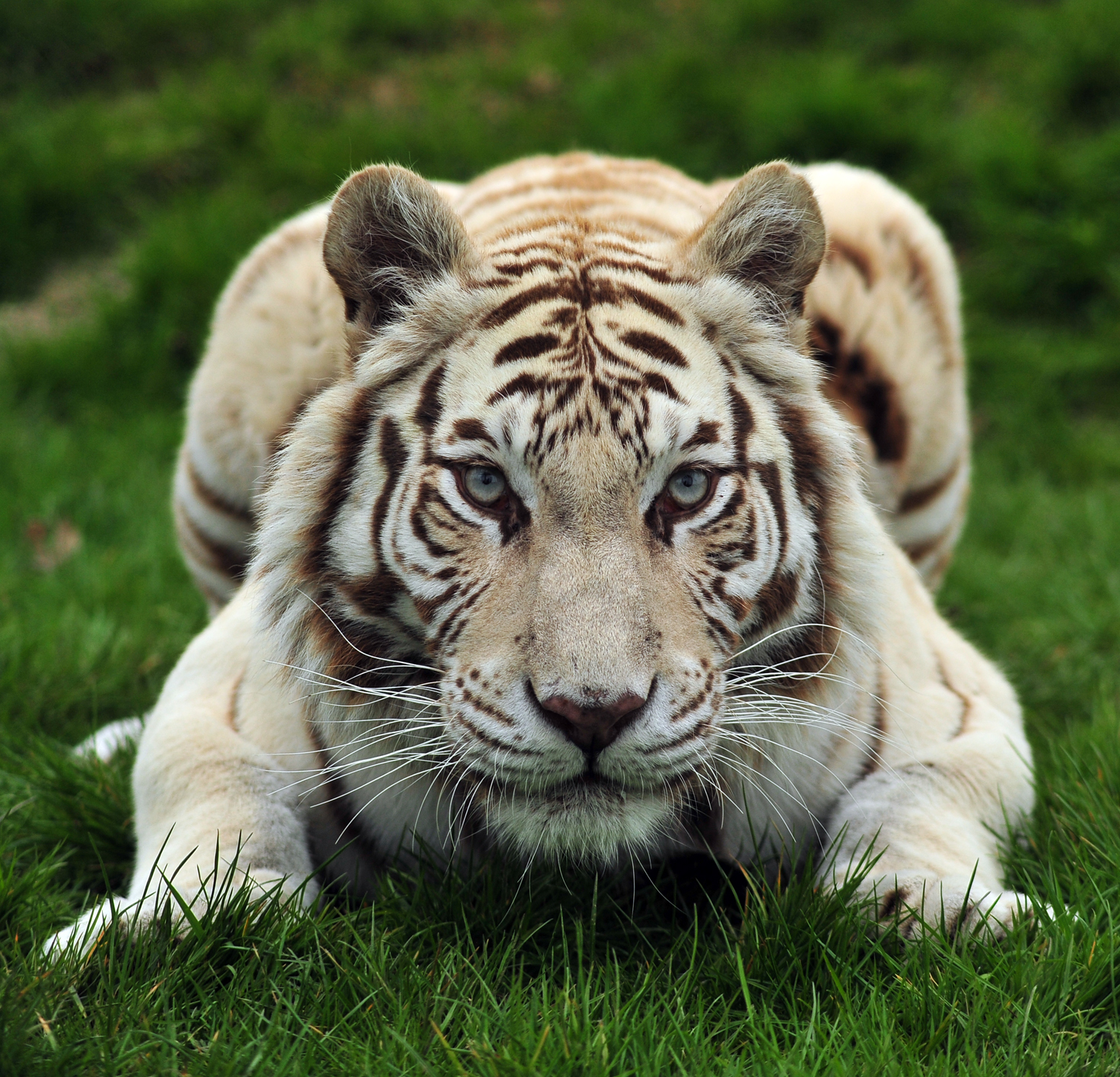 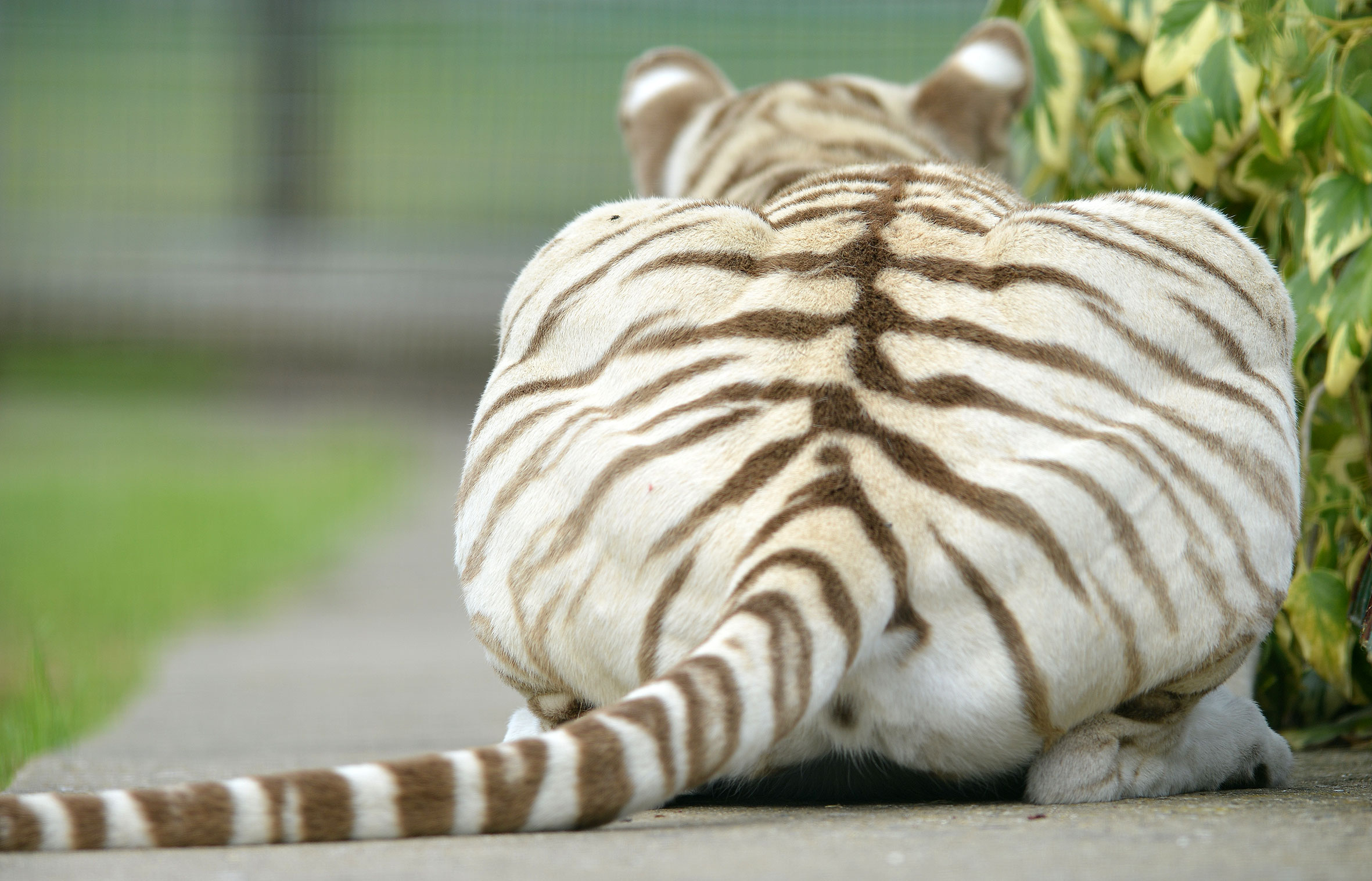